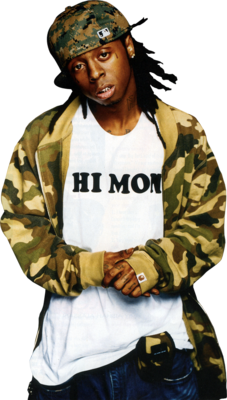 Lil Wayne is the professional name of the American singer, rapper, songwriter, record executive, actor and entrepreneur. He was born on September 27, 1928, in New Orleans, Louisiana, United States. The real name of Lil Wayne is Dwayne Michael Carter Jr. Wayne started his career in 1996, when he was thirteen years old and was discovered by Birdman. He then joined Cash Money Records as titled the youngest member or the label. Along with Cash Money label mates Turk and Juvenile, he joined the southern hip hop group Hot Boys in1997, which foresaw the release of their debut album which was called Get It How U Live! During the same year. Following the release of their platinum selling album Guerrilla Warfare(1999), the group touched peaks of popularity. The 1999 single “Bling Bling” also contributed its share to make them famous. Lil Wayne was the flagship artist of Cash Money Records for many years before ending his long term deal with the company in June 2018.
The Block is Hot was Lil Wayne's solo debut album which was certified platinum by the Recording Industry Association of America. His other albums Lights Out (2000) and 500 Degreez (2002) also went on to be certified gold.