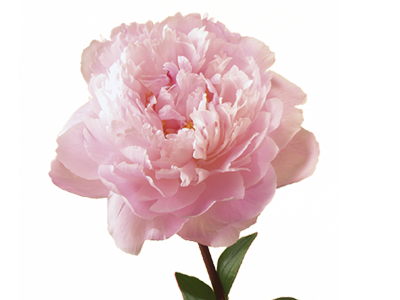 Peony also spelled as paeony is a flowering plant. It is said to belong to the genus Paeonia, which is the only genus in the family of Paeoniaceae. These flowering plants are native to Europe, Asia and Western North America. The number of species that could be differentiated by the scientists range from 25 to 40, although the current census is that for the count of 33 species. They belong to the kingdom plantae, clade of tracheophytes, angiosperms and eudicots and order saxifragales. Most of them are herbaceous perennial plants ranging from .25-1 metre in height. The woody shrubs are also there ranging from the height of 0.25-3.5 metres. They have deeply lobed and compound leaves, often accompanied by large fragrant flowers. The flowers have a range of colours from purple and pink to red, white or yellow. The blooming season of the flowers is very short, only of 7-10 days.
In temperature regions peonies are among the most popular garden plants. The herbaceous peonies, generally available only in the late spring and early summer season are often sold as cut flowers on a large scale. The Alakan market is the emerging source of peonies available in the mid to late summer season.